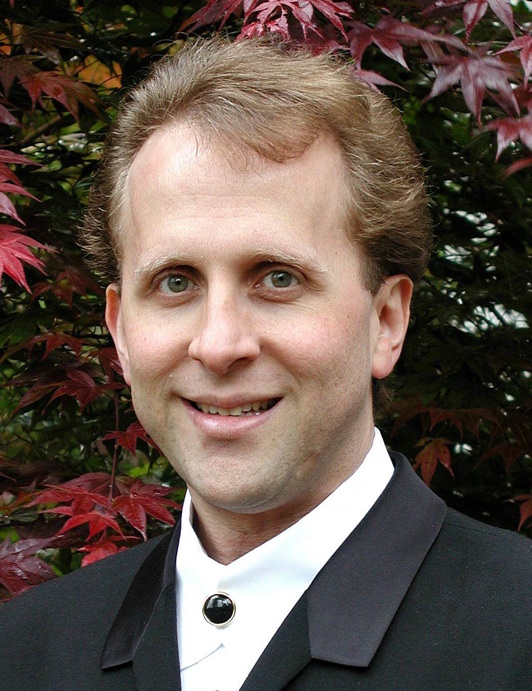 Conductor and clarinetist Jonathan Cohler has been hailed as “the preeminent, most-recorded clarinet soloist of our time” (Fanfare). He has received numerous resounding accolades and has been compared to legendary conductors and instrumentalists alike: “he conducts with more dramatic force than George Szell” (Fanfare, Huntley Dent), “If he was also a composer, we’d be comparing him to Leonard Bernstein” (Michael Drapkin), and “one thinks of Dinu Lipatti” (Fanfare, James North). He has received the Outstanding Recording mark of the American Record Guide, BBC Music Magazine’s Best CDs of The Year, and many more awards. Mr. Cohler’s most recent CD Cohler plays and conducts Mozart—including Symphony No. 35, overtures to Don Giovanni and The Magic Flute, and the Clarinet Concerto, all in new editions by Cohler­—was featured on the cover of Fanfare and called the new “standard for Mozart.” MusicWeb International lauded the performances as “superlative and Cohler proves to be as gifted a conductor as he is a soloist.”

Cohler’s Jordan Hall performance of Stravinsky’s The Rite of Spring prompted the Enterprise to write, “It is a major tribute to conductor Jonathan Cohler and his charges that the presentation they gave was for all practical purposes flawless.” Reviewing Cohler’s performance of Mahler’s Symphony No. 2, at Jordan Hall, the Boston Globe called it “a rather remarkable performance,” noting that “This conductor [Cohler] had the knack...and it all added up.” The Patriot Ledger called his performance of Verdi’s Requiem “an outstanding achievement” with “pin-drop passages of hushed suspense, crashing chords, thundering drumbeats and superb singing by an excellently prepared chorus” and noted that “Cohler’s conducting found the heart of the music’s drama.” The Boston Globe also gave uncommon praise to Mr. Cohler’s performance of Beethoven’s Symphony No. 9: Jonathan Cohler’s performance “could be fiery and feisty, compelling one’s assent,” and the Globe rated the concert as “more of an event than most Ninths are these days, no little thing.”

Mr. Cohler maintains a busy international schedule with performances that regularly take him around the world, most recently to cities in the United States, Belgium, Hungary, Canada, Italy, Spain, Poland, Japan, Taiwan, China, Brazil, Argentina, Chile, and Mexico. He is Music Director of the Massachusetts Philharmonic Orchestra, and is in demand as a guest conductor around the world with orchestras such as the Franz Liszt Chamber Orchestra, Anima Musicae Chamber Orchestra, and Simon Bolivar Orchestra. He is also Founder and Director of the International Woodwind Festival, Boston Clarinet Academy, and Chamber Music Boston; Vice President and founding board member of the Boston Woodwind Society; and the Massachusetts State Chair of the International Clarinet Association.

Mr. Cohler is Professor of Clarinet, Conducting, and Chamber Music at the Longy School of Music of Bard College in Cambridge, Massachusetts, and has been guest faculty at conservatories and universities around the world such as Mozarteum University in Salzburg, Eastman School of Music, Cleveland Institute of Music, and Harvard University to name a few. He records exclusively for Ongaku Records.

In addition to his work with professional orchestras, Mr. Cohler has conducted several of the top youth orchestras in the country, and both District and All-State orchestras. He assisted renowned conductor Benjamin Zander with the Boston Philharmonic Orchestra and the New England Conservatory Youth Philharmonic Orchestra for many years. He has also conducted at the International Music Festival of Campos do Jordao in Brazil. Mr. Cohler has previously held Conductor and Music Director posts with organizations such as The Music Festival of the Hamptons, Harvard-Radcliffe Ensemble Society, Greater Boston Youth Symphony Orchestra, Empire State Youth Symphony Orchestra, and he has performed guest conducting stints with the Indian Hill Orchestra, Boston University Tanglewood Institute Orchestra, Colorado Philharmonic Orchestra, Boston Mozarteum Orchestra, Composers in Red Sneakers and many other professional ensembles.

Mr. Cohler is a member of the clarinet, chamber music and conducting faculties of the Longy School of Music of Bard College.